What are the current applications that can be realized by Metaverse?

The meta-universe is the second world that humans will live in in the future and can exist in parallel with reality.

In an ideal state, the meta-universe can break the boundaries of physical space, not only for entertainment and social interaction, but also for a comprehensive and seamless connection between our lives and the digital world. It is the freedom of people to participate and work together with independent digital identities. The possible digital world of life. To get to this point, we still have a long way to go in terms of hardware equipment and technical conditions.

But at least it is certain that we are now at the start of the construction of the metaverse, because the more mature blockchain technology has greatly promoted the establishment of the decentralized identity system of the metaverse, and at the same time the continuous evolution of NFT technology, It also provides strong support for the meta-universe value system. VR/AR as a basic hardware device, 5G, 6G, and even 7G technology as the basis of communication, as a brain-nerve link technology for interaction between reality and virtual, has a large head Under the leadership of the factory, breakthroughs have been made continuously. 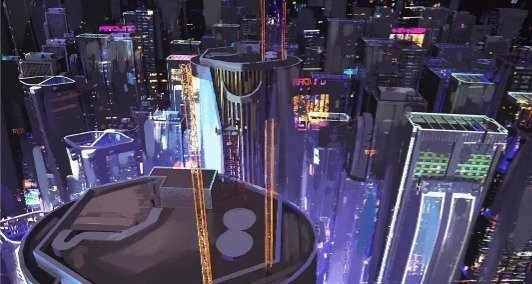 At present, the Metaverse industry and the Metaverse market are showing huge application scenarios and future potential. Famous domestic and foreign companies are deploying one after another, trying to seize the leading position. So, in the early stage of the current meta-universe construction, what are some of the early applications of the meta-universe that have been realized? Let's take a look.

As early as July 2018, the Shandong Provincial Department of Culture and Tourism has begun the construction of the art museum’s exhibition bidding and display digital system, and is committed to building a "smart venue" supported by informatization and digital technology. The system is currently in 2019. Trial operation started in July of 2009. The Tongling Municipal Government even started to build the Digital Copper Museum of China (DMCB) in 2016. The goal is to share the cultural resources of ancient Chinese bronzes and bronzes on a global scale-especially those cultural relics lost overseas. The website is currently available It will be opened at the end of 2020.

First, there is no space restriction on the virtual exhibition hall. Before the traditional exhibition hall is constructed, there is a problem of site selection and planning. Generally speaking, the first conditions will involve a large amount of rent and decoration costs, which will inevitably become a factor that companies have to consider.

Second, the virtual exhibition hall is not restricted by the manufacturing process. Designers can display their products in a more dazzling way, without having to consider their construction techniques like traditional exhibition halls.

Everyone is familiar with virtual characters. The fictitious characters in TV series, movies, comics, games and other creative works are all well-known. With the development of the Internet and live broadcast, the use of dynamic capture programs to achieve the combination of virtual images and real people has appeared. Characters-such as Tsinghua’s Hua Zhibing, 26 virtual characters who competed in the "2060" Ring City, the anchor Kizuna AI with 2.3 million fans on YouTube, etc., the popular virtual beauty expert Liu on Douyin Ye Xi has gained millions of fans with just one video.

According to the "2020 White Paper on Virtual Digital Human Development" from the China Artificial Intelligence Industry Development Alliance, virtual digital humans refer to virtual humans with a digital appearance that will rely on display devices to exist, and have human appearances, human behaviors, and human thoughts. (Able to communicate with people).

So what should the virtual characters in the meta-universe era look like? We believe that he will become a second identity outside of our reality. You can appear in any form you imagine, become the incarnation of our personality, and participate in various activities in the meta-universe together in the future. In fact, as early as 2019, the virtual character Luo Tianyi played the song "Dalabang" with Xue Zhiqian at the New Year's Eve party of Jiangsu Satellite TV. We believe that there will be more virtual characters with artificial intelligence incarnations in the future. Join us in various social activities in the meta-universe. We work, communicate, and interact with artificial intelligence, which will gradually become our daily routine, which is very cyberpunk when you think about it.

Although there are still many uncertainties in the meta universe, we believe that in the near future, these imaginations will be realized in the real meta universe. In the next article, we will talk about other applications of the meta universe in the future. Welcome everyone's attention and Collecting excellent copyrights, we are willing to walk with you on this journey to the meta universe.

DPTech is co-founded by several senior European and American security experts, and a core security R&D team with international first-line talents is committed to improving the overall security, privacy and usability of the blockchain ecosystem. By publishing industry trend reports and real-time monitoring of ecological security risks, it provides customers with visual solutions that meet international advanced security technology standards, and strengthens network security monitoring, early warning and defense capabilities. After years of accumulation of blockchain experience, DPTech has been recognized by dozens of well-known exchanges around the world.
Email: service@dpanquan.com
cache
Processed in 0.005662 Second.