"Removing the real" or "going to the virtual": the copyright issue of NFT deserves attention

With the rapid development of NFTs, all walks of life have begun to enter the circle of NFTs, large and small NFT projects continue to flood into the market, and the NFT market as a whole shows a booming trend.

However, the bigger the market, the bigger the problem. In the past period of time, there have been copyright disputes in many NFT projects, which has set off a wave of "litigation", and the problem lies in the "original confirmation".

At the end of last year, the famous movie ghost director Quentin Tarantino said that he would release 7 "exclusive content" NFTs related to his 1994 work "Pulp Fiction", including unaired scenes in the film and Quentin's original handwriting. The script, Quentin's own comments on the film, etc., but Quentin was sued by the film production company Miramax Films soon after and took it to court. 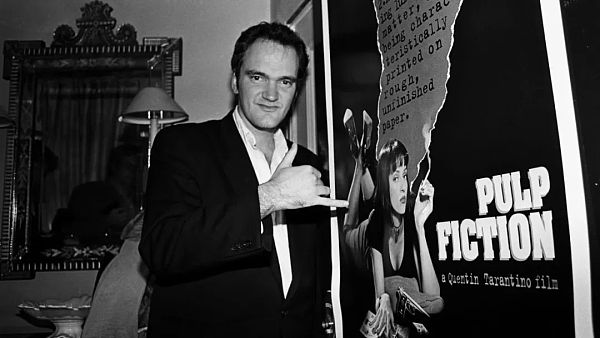 Miramax Films also stated that when the Quentin team announced the NFT plan to the media, they completely ignored Miramax Films and did not negotiate with it, so Quentin was brought to court.

Quentin's side doesn't think so. The original option agreement between the parties stipulated that Quentin retains a limited set of rights.

Some of these rights include:

Soundtrack albums, music publishing, live performances, print publishing (including but not limited to screenplay publishing, book, comic and novel "production", and content production in audio and electronic formats, as the case may be), interactive media, theatrical and television sequel production and remake rights, as well as TV series and spinoff rights.

There is indeed no mention of the publishing rights for digital NFTs in this series of reserved rights, but Quentin does have the right to publish "unrestrictedly" in "electronic format".

Quentin may or may not have the right to mint NFTs on movie-exclusive content, as the agreement does not expressly authorize Quentin to use all movie-related content owned and managed by Miramax Studios. This is a controversial case, and both sides have their own opinions.

In addition to Quentin's case, two other prominent brands joined the "litigation" wave earlier this year.

In January of this year, French luxury brand Hermès filed a trademark infringement lawsuit against American artist Mason Rothschild, who created a series of NFT works "MetaBirkins" inspired by Hermès Birkin bags and sold them for tens of thousands of dollars.

Hermès has challenged both its use of the "Birkins" name and the description of its bags, claiming that Rothschild's use has misled consumers and damaged its brand reputation.

Rothschild said the collection was his comment on the animal cruelty inherent in leather handbag manufacturing, while also promoting a "fur-free" alternative. At the same time, Rothschild believes that he is creating art from well-known commercial images, just like the famous Pop artist Andy Warhol (Andy Warhol) painted Campbell's soup cans. Hermès filed another revised complaint in early March. 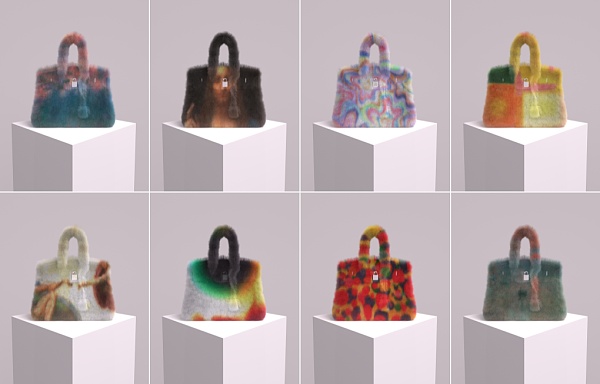 In February, Nike filed a trademark infringement lawsuit against online merchandise resale platform StockX. The reason is that StockX launched a series of NFT "Vault NFT", which cast the corresponding physical Nike sneakers into NFT, users can buy NFT directly from StockX, and then can trade with each other.

Nike believes that its customer group will improperly associate these NFTs with Nike, which will damage Nike’s reputation, and that StockX’s NFT market will be confused with Nike’s existing NFT market, resulting in unfair competition.

The reason why the above cases are controversial is the "original confirmation". For many brands, if they want to launch NFTs of corresponding products, there will be basically no such disputes, because the most original and bottom-level intellectual property rights of products are in the hands of the brands themselves.

It is true that NFT can be used as a "proof of equity" because of its own characteristics. Whether it is pictures, audio, video or any other content, they can be minted into NFT for preservation on the blockchain, but this function actually exists to a certain extent. limited.

The cases mentioned above are related to celebrities and big brands, in fact, ordinary people can also be subject to infringement.

There are more and more infringements in the current NFT market. For example, after some criminals steal the works of some original artists, they mint them on OpenSea and sell NFTs in the name of originals, which seriously endangers the interests of artists.

Looking at the domestic market, at present, the domestic NFT market is in a state of rapid development, and many series of NFTs belong to the type of cooperation. In other words, as the NFT casting party, the platform can also be said to be the "chain party", while the other party acts as the content provider. For the platform, "original confirmation" is very important. , it is very likely that he will become the infringing party.

NFT ownership does not equal copyright to the original content

One of the biggest features of NFT is to provide "ownership". When a person buys the NFT, the relevant information of the buyer will appear on the blockchain, which can prove that you are the owner of the NFT. But this kind of ownership does not actually mean that you have full access to the various rights to the NFT content.

After purchasing NFT, you may obtain a series of rights and interests provided by NFT related parties, among which the related parties involve minters and creators. NFT minters may be the same person as the content provider, or as mentioned above, one party provides content , and one party is responsible for "on-chain".

If it is the former, such as those who have purchased Boring Ape, they can join the Boring Ape Yacht Club, and can also participate in a series of special events organized by the project party for NFT owners. In the latter case, both the NFT minting party and the content copyright party may provide a series of benefits to the NFT owner.

It is worth noting that most of the time when we say the rights acquired after purchase, we actually refer to the rights attached to the NFT work, not the original content. Therefore, unless it is an exclusive contract Explain that the copyright will be obtained with the NFT purchase, otherwise most of the time the purchase of the NFT does not mean that the relevant copyright of the original content is owned together.

As an emerging field, it is normal for NFT to face problems in its development. Although the current laws related to NFT are not perfect, it is foreseeable that as the market develops more and more mature, relevant laws and policies will also be improved.

NFTs are coming, are we ready? (http://www.iprchn.com/cipnews/news_content.aspx?newsId=132255)

Footprint: Do you own copyright when buying an NFT? (https://finance.yahoo.com/news/footprint-own-copyright-buying-nft-230502274.html)

DPTech is co-founded by several senior European and American security experts, and a core security R&D team with international first-line talents is committed to improving the overall security, privacy and usability of the blockchain ecosystem. By publishing industry trend reports and real-time monitoring of ecological security risks, it provides customers with visual solutions that meet international advanced security technology standards, and strengthens network security monitoring, early warning and defense capabilities. After years of accumulation of blockchain experience, DPTech has been recognized by dozens of well-known exchanges around the world.
Email: service@dpanquan.com
cache
Processed in 0.004613 Second.