Is the 100 billion-scale NFT a pie or a trap? Please be wary of these scams 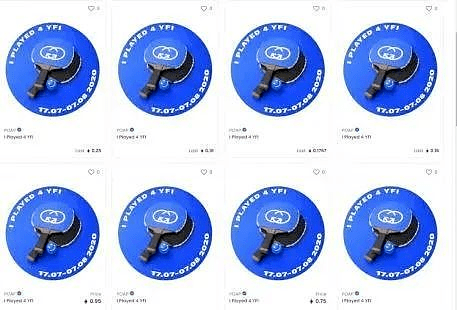 Now the NFTs that are out of the circle are playing more and more "wild". In addition to being over-hyped, they may also become new methods of crime. In addition to the above "unreasonable premiums", the number and scope of NFT-related scams have also appeared recently. Explosive growth, DPTEH hereby reminds everyone to take extra precautions! The famous rapper Snoop Dogg tweeted that a well-known NFT account is actually himself! He was talking about an account called @CozomoMedici, which has been tweeting about NFTs for the past few months and has attracted a lot of attention. I really didn't even think it was real. Here are some popular forms of NFT fraud.

Fraudsters will package some works with low artistic value on the chain, fabricate them into cutting-edge technology or moving stories to push up the price, wait for the leek to take the bait, then pull the sawtooth, fall off a cliff, and grab huge profits.

Due to the popularity of NFT itself, some scammers will use NFT as an attraction point to launch businesses or activities that are not NFT in nature, attracting enthusiastic investors to inject capital, which constitutes an illegal fund-raising behavior that lacks actual business activities.

Because some project parties have not obtained the authorization of artists or stars, such as famous paintings or songs, they fake artists and fake NFTs. Users need to purchase carefully and learn to distinguish.

Fraudsters pretend to be customer service in encrypted communities or social media Twitter, Telegram, WeChat groups, QQ groups, etc., to gain trust, and finally come back to you.

Since the content carrier of NFT is public, counterfeiting is basically cost-free, resulting in continuous counterfeiters. Fake NFTs are counterfeit, fake limited and real additional issuance.

A director of the Blockchain Economic Research Center once said that the reason for the popularity of avatar NFTs comes from three aspects: the scarce collection value on the chain, the aesthetic value of personal preference, and the social value of the status symbol. Due to the scarcity on the chain, once purchased, the property rights are agreed upon by everyone, and have collectible value, and the earlier they are, the more expensive they are.

Others buy because a certain avatar is cool. Once NFTs become popular, more value comes from identity display and advertising. The popularity of NFT may gradually fade away. After the fiery hype, you will eventually see who is "naked swimming", so I suggest you be more cautious.

Scam 1 Hype concept to lure investors into the scam

Due to the support for NFT token trading, the relevant market has gathered a large number of virtual currency trading investors. From the recent popular NFT auction transactions, we found that most of the buyers who bought NFT works at high prices are not artists, but people in the currency circle.

For example: On March 11, 2021, Vignesh sold Beeple’s NFT works for a sky-high price of $69 million. It is worth noting that this Vignesh from Canada is not a traditional art collector, but a person in the currency circle with 8 years of experience in the virtual currency market, who was suspected of running away from the exchange.

In 2014, Vignesh issued a coin called LST. The coin sold 50,000 ETH in two days in January 2018. However, the good times did not last long. After a short period of glory, the LST token suffered a price crash, and now it is even worse. , almost approaching zero.

In 2020, the concept of NFT is in the ascendant, and in 2021, Vignesh will issue another currency called B20. According to the issuer, the team will buy valuable artworks from the market, and holding B20 is equivalent to holding artworks. It looks good on the surface, but according to Vignesh's previous operations, this may be the "leek" (artwork NFT) that Vignesh stretches his sickle to again.

It is understood that Vignesh has bought Beeple's works more than once at the auction. Beeple holds 2% of the total B20, which is a lot. Then, how Vignesh will use the NFT hype concept to realize the operation in the future, we will wait and see, whether B20 will repeat the same mistakes, and it is also worthy of continuous attention.

The victim, Ms. Lu, is a digital art creator. Not long ago, she was introduced by a friend and pulled into an encrypted art auction platform called Foundation (https://foundation-inc.app). Users need to publish their creations to The auction is held on the platform, but before the auction starts, the listed works need to pay a certain fee. The platform implements an invitation mechanism to pull people into the platform for rebates. The more people you pull, the more rebates. The platform is currently inaccessible. According to Ms. Lu, when she first came into contact with Foundation, she suspected that the platform was an MLM platform due to the invitation mechanism, and she also checked a lot of relevant information. But out of curiosity and curiosity about NFTs, she still chose to believe it, and then she created several works and released them on the platform.

Not long after, Ms. Lu found out that one of her works was photographed, and she was excited for several days. With the experience of this auction, Ms. Lu also completely let go of her guard. Next, she introduced several friends who like NFT to participate in the creation of NFT and publish it on the platform. While getting the reward for pulling people, she also pulls friends into the platform. "Deep Pit".

Later, Ms. Lu posted her NFT works in the circle of friends to attract attention. More and more people joined, and there were even many people who were not familiar with Ms. Lu.

After a while, Ms. Lu found that her works were always in the state of being photographed, and no one cared about them for a long time. In a hurry, she contacted the platform's customer service to ask the reason. The reply she got was that her NFT works were not influential enough, so she suggested she Recharge for publicity to increase popularity.

In order to increase her influence, Ms. Lu recharged 100,000 RMB on the platform successively, attracted more than 30 people, and invested a lot of time and energy. Until one day the website could not be opened, Ms. Lu suddenly realized that she had been deceived, and many friends around her. Also because of the damage to the interests of this incident, Ms. Lu's personality completely collapsed.

Fraud gangs use fake URLs and platforms to lure victims unfamiliar with NFTs into the game, and use pyramid schemes to get more people involved. Ms. Lu was deceived because she believed that NFTs using blockchain technology could provide herself with more advanced and safer transaction methods, but she forgot that new technologies are often "double-edged swords".

The tricks of the fraud gang in the case are novel, and they have made great efforts in the vertical field of NFT art, so the majority of investors must be cautious before investing.

Falsification of artwork or content related to hot topics in the real world by criminals has become a cause for concern today.

Do you still remember the star card of junior high school and high school? With a Jordan star card, you will become the object of worship of the whole class. Recently, a company named Dapper Labs obtained the authorization of the NBA and jointly launched NBA Top Shot, the world's first blockchain star trading card platform. The platform distinguishes the scarcity of star cards and launches ordinary cards, Rare and Legendary cards. Many enthusiasts who collect physical star cards began to switch to collecting such NFT star cards. At present, more than 460,000 people have star cards. 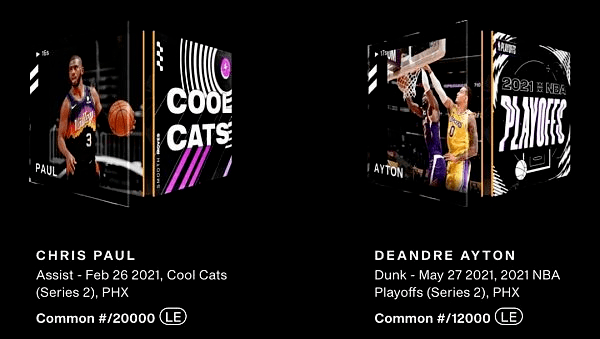 At present, a large part of the people dabbling in NFTs are "fashionable players" or young people who are interested in chasing hot spots, and it is easy to fall into the trap of forging NFTs.

Next, we will share a case where the victim, Ms. Luo, is a big fan of "Brother" (Leslie Cheung). In the fan group, I saw an NFT work of Leslie Cheung as a child. Out of the idea of collection, Ms. Luo clicked the group link to enter the platform.

The platform claims that the works released are unique, and the ownership is owned by themselves after purchase, which is highly collectible. It also attaches a slogan that cannot be rejected: "If you like him, you will have him." Under the background of these contents, Ms. Luo started to operate the purchase, but she ignored that the real NFT transaction should be completed on a formal exchange, not a private address transfer. After the purchase, Ms. Luo was surprised to find that what she got was just an online copy.

After receiving information from Ms. Luo for help, Zhifan Technology traced the transaction address based on the clues provided by the victim and found that the address belongs to the high-risk address of overseas fraud gangs.

The liar is still the same group of liars, but the methods and scenarios have changed. Users need to be careful about buying or bidding because it is difficult to verify sellers in such online marketplaces. In addition, collection and investment need to accumulate certain common knowledge in related fields. DPTECH recommends that everyone first understand the basic process of transactions to ensure that their core rights and interests are not damaged.

DPTech is co-founded by several senior European and American security experts, and a core security R&D team with international first-line talents is committed to improving the overall security, privacy and usability of the blockchain ecosystem. By publishing industry trend reports and real-time monitoring of ecological security risks, it provides customers with visual solutions that meet international advanced security technology standards, and strengthens network security monitoring, early warning and defense capabilities. After years of accumulation of blockchain experience, DPTech has been recognized by dozens of well-known exchanges around the world.
Email: service@dpanquan.com
no cache
Processed in 0.331694 Second.